THE City Government of Davao held a City Hall Christmas light and music show with 3D projection mapping component last Friday evening, November 23, as one of the highlights during the Pasko Fiesta celebration opening.

“Kung mapansin ninyo ang atong City Hall wala syay décor kay mainly 3D mapping ang makita diha (If you notice, we do not have decorations in the City Hall because we wanted to mainly show the 3D mapping),” she added.

Duterte-Carpio also said that the 3D mapping was also made to be the tourist destination for this year’s Pasko Fiesta since during the Kadayawan Festival, the city highlighted the Kadayawan Village at Magsaysay Park.

During the opening, Dabawenyos gathered around the giant Christmas tree at Rizal Park which was lighted to mark the opening of the celebration.

“Marami pa namang activities, this coming weekend, November 30, we are going to light up the Christmas light tunnel at Sta. Ana Wharf at may kasama yung Pasko Salu-Salo every weekend,” she said. 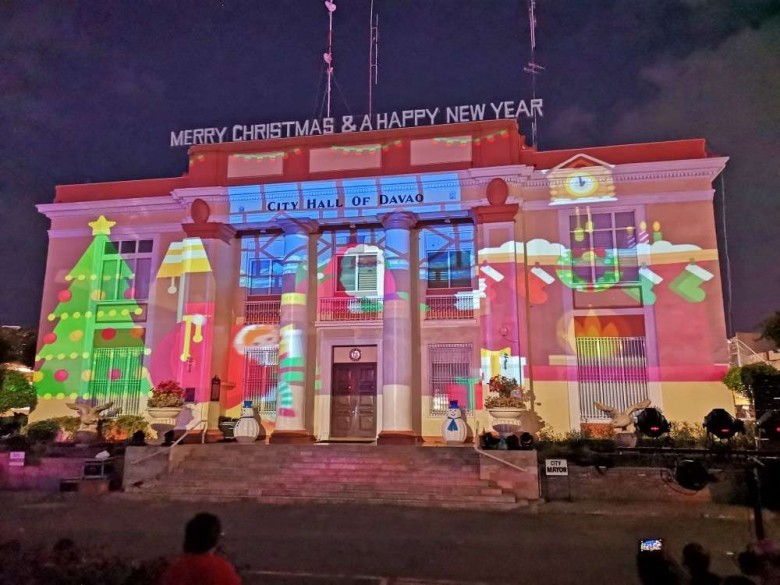