I'm 43,a mom, an entrepreneur, a singer and I have been practicing Brazilian Jiu Jit Su for 2 years now and I love it. 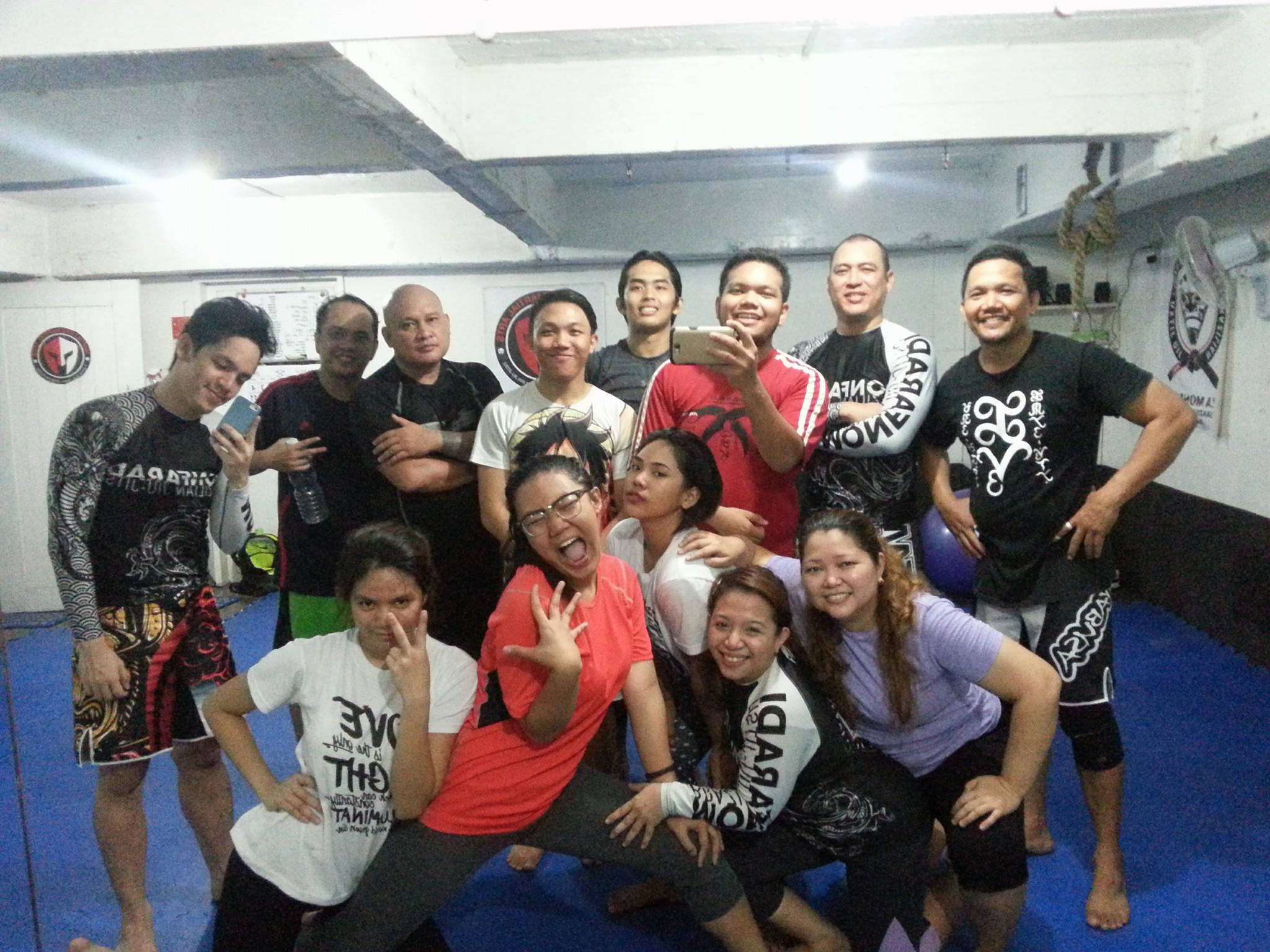 The number-one reason women are usually given for why they should train jiu jitsu is “because it teaches you how to protect yourself.”

There’s a good reason for it: jiu jitsu is designed for weaker, smaller opponents to dominate larger ones using technique rather than strength.

It would make sense that jiu jitsu would be a recommended form of self defense for a group of people that is (usually) smaller and weaker than the people most likely to assault them.

That said, jiu jitsu has so much more to offer than just self defense. You’ll get in shape, develop lifelong friendships, and have a lot of fun – and that’s only the beginning!

If you know a woman or are a woman who’s been thinking about stepping onto the mats, there are plenty of reasons to do it that don’t involve choking out would-be rapists.

Both genders deal with the frustration of not having the “perfect” body, but the numbers are clear that women are much more likely to suffer from an eating disorder than men are in their lifetime.

Blame it on the media, society, whatever you’d like, but it’s clear that many women live their lives focusing on how small their waist is or how big their bust is or how their body doesn’t look like that body.

Jiu jitsu erases a lot of those insecurities by showing you all the awesome things your body can do. Do you have any idea how cool it is to choke someone out with the help of the thunder thighs you once hated? Do you know what it feels like to find out that you have ridiculously flexible shoulders that make you virtually un-kimura-able?

Jiu jitsu will show you, and it’s a lot more satisfying than any number that could show up on the scale. As an added bonus, all that exercise will get you closer to the hot bod you’ve always wanted, but by the time you make it there, you’ll be way more invested in your abilities than your appearance.

Yes, there are lots of women who are stronger, heavier, or taller than lots of men, but the vast majority of us are not. It can be really intimidating to walk into a martial arts gym and see really fit dudes beating the crap out of each other, but jiu-jitsu allows anyone to beat the crap out of anyone else. Isn’t that beautiful?

A lot of my non-BJJ friends think I’m lying when I tell them that I, a girl who is 5'0” on a tall day, can submit people who are literally twice my weight, but jiu-jitsu is all about technique overcoming brute strength.

You don’t need to be a former championship wrestler or a beefed-up weightlifter to dominate your opponent. While that’s certainly good from a self-defense viewpoint, it’s also great for those of us who have lived our lives thinking that only large, muscly dudes can be successful in contact sports.

The people you train with in jiu jitsu are bound to become your non-biological family. It’s hard not to become close with someone when you’re sweating all over each other and place your safety in each other’s hands.

College sororities ain’t got nothin’ on the sisterly bonds that form on the mat.

Because there are so few women in jiu-jitsu, the closeness that forms between jiujiteiras is even stronger than most friendships that are created in the gym. It’s rare to find women who are into what is unarguably a very masculine sport, and there’s something about the struggles of being female in a sea of testosterone that tends to bring women together.

It’s not just the ladies in your own gym that will grow to be your sisters, either. You’ll form an instant connection with female BJJ practitioners from other gyms and even the ones you compete against in tournaments.

Women in jiu-jitsu don’t tear each other down, they lift each other up – sometimes literally, if they can get the leverage just right.

4. It smashes ideas about what a woman “should” or “shouldn’t” do.

I’m not the type who burns bras (those things are expensive), but my blood pressure does go up a little every time I hear someone restrict an activity or behavior to a specific gender.

It blows my freaking mind that in the year 2016, women all across the globe are still being told either by the law or by society that regardless of their physical capabilities, they can’t or shouldn’t do certain activities that are traditionally “masculine.”

Jiu-jitsu is a giant middle finger to every time someone has scolded you for being unladylike or tried to put you in your “place” as a woman.

On the mats, everyone is equal; there is no gender. You will get your butt handed to you just as much as the men do, and you’ll also dish out a fair bit of butt-handing yourself.

As an added bonus, most of the men I’ve been lucky enough to meet in jiu-jitsu are also all about gender equality. Some of the newer guys might be weird about rolling with women, but those who have been around for a while will generally be good about treating you just as they would treat a man your size.

5. It makes you a positive role model for younger girls.

Throughout her childhood, a little girl will encounter all kinds of women that she will potentially look up to. When you’re a woman who does jiu-jitsu, you’re providing her with a role model who practices healthy habits, is disciplined, and can handle herself.

Jiu jitsu comes with plenty of benefits, and when you have a daughter, a niece, or any other young lady who wants to be you when she grows up, you pass on a lot of those benefits to her just by showing her what you do. You can give that little girl a head start on loving herself and making friends who genuinely care about her well-being.

Who knows? You might even convince her to get an early start on training!

While all of these are also great reasons for men to train BJJ as well, I know first-hand how intimidating it can be as a girl to take your first jiu-jitsu class surrounded by a bunch of tough dudes.

If you’re a woman facing the same situation, don’t back out due to fear. Jiu-jitsu has made me a better human being since I started, but more specifically, it’s made me more capable of facing the challenges that women are subjected to on a daily basis.

Whether you’re motivated by self defense or something completely different, it’s never a bad idea to put on that gi and take your first steps on an unforgettable journey.