China, Duterte and the crisis in the Philippine-US alliance

As one of the earliest tools of political statecraft, alliances are formed to enhance the security of contracting states and to advance their mutual interests against a threat in the outside world. 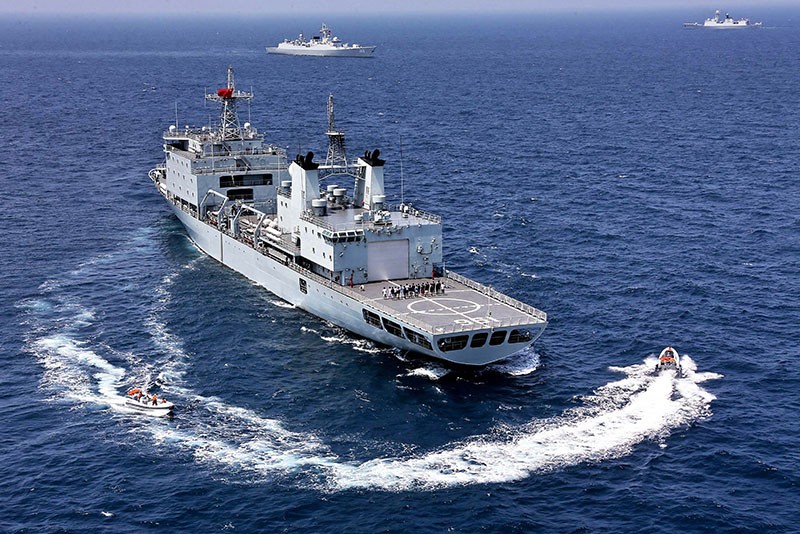 As one of the earliest tools of political statecraft, alliances are formed to enhance the security of contracting states and to advance their mutual interests against a threat in the outside world. They are formed when allied states pool their resources, abilities and efforts in the face of a common threat. Alliances perform an important role in stabilizing an anarchic international system and enable smaller and weaker allies to aggregate their resources and commitment to confront a more powerful state.

In the “Art of War,” the ancient military philosopher Sun Tzu emphasized the importance of alliances in both times of war and peace. He observed that alliances enabled kingdoms to increase their chances of survival and even victory while diminishing those of their opponents. For Sun Tzu, it is essential for a kingdom to prevent its enemies from combining their resources and efforts to oppose its goals. This can be done by forcing them to consider the grave consequences of their opposition against its interest.

He wrote: “When a warlike prince attacks a powerful state, his generalship shows itself in preventing the concentration of the enemy’s forces. He overawes his opponents and their allies are prevented from joining against him.” Sun Tzu was emphatic that if one faces an enemy with powerful allies, it is prudent to avoid attacking the coalition until its members have been divided and separated from each other. In the 21st century geopolitics, we see how China is applying this stratagem against the Philippines and the United States (US), as it effectively unravels an emerging coalition of states opposing its expansion in the South China Sea,

Former President Benigno Aquino III challenged China’s expansive maritime claim in the South China Sea by building up the Armed Forces of the Philippines’ (AFP) territorial defense capabilities. He redirected the AFP’s focus from domestic security to territorial defense. A significant factor behind the Aquino administration’s bold moves to confront China in the South China Sea dispute, despite the Philippine military inadequacies, is the country’s alliance with the US. The AFP’s build up during his term was designed for limited deterrence and asymmetric combat but not for naval warfare. It merely complemented the deterrence provided by the US forward deployment and bilateral alliances in East Asia.

Consequently, then President Aquino deepened the Philippines’ alliance with the US after China increased its naval maneuvers and put diplomatic pressure on his country relative to the dispute. He instructed the AFP to acquire American military equipment and sought from Washington an unequivocal security guarantee under the 1951 Mutual Defense Treaty (MDT). The Aquino administration’s balancing policy on China was capped by the signing of the Enhanced Defense Cooperation Agreement (EDCA), which provides American forward-deployed forces strategic rotational presence in Philippine territory, as well as extensive access to Philippine military facilities. The agreement was forged to strategically constrain China, which has stepped up its expansionist activities in the South China Sea.

Enhanced strategic engagements with the US also necessitated the linking of the Philippines with other American allies in East Asia such as Japan, South Korea and Australia. By establishing security ties with these countries, the Philippines harnessed the military know-how, strategic resources and diplomatic support of these America’s allies against a pressing strategic concern in maritime Southeast Asia—China’s expansion in the South China Sea.

Fortunately for China, it found a willing ally among the Philippine political elite—President Rodrigo Duterte.  In the first few months his term, Duterte seemed to be following his predecessor’s geopolitical agenda of challenging China in the South China Sea. He, however, changed gear after the US became critical with his domestic agenda of waging a so-called war on drugs and criminality that had claimed more than 3,000 lives since May 2017. On the one hand, his pronouncements and decisions indicate that he plans to distance the Philippines from its only strategic ally, the US. He wants warmer and closer relations with China.

During the two Association of Southeast Asian Nations (ASEAN) Summits and the East Asian Summit (EAS) in Laos, Duterte gave remarks that were interpreted as insulting to President Barack Obama. This led to the cancellation on the scheduled bilateral meeting between the two heads of states. He skipped the US-ASEAN Summit and then, instead of reading his prepared speech on the 12 July Permanent Court of Arbitration (PCA) award to the Philippines on the South China Sea arbitration, he criticized American human rights abuses allegedly committed against the Filipino Muslims in Mindanao in the early 20th century. This was Duterte’s reaction to Washington’s growing criticism of alleged human rights violations resulting from his anti-narcotics/anti-criminal campaign in the Philippines.

On Sept. 12, 2016, Duterte announced that US Special Forces operating in Mindanao must leave the country, arguing that there could be no peace in this southern Philippine island as long as these American troops are operating there. The following day, he declared that the Philippine Navy (PN) would stop joint patrols with the US Navy in the Philippines’ Exclusive Economic Zone (EEZ) in order to avoid upsetting China. During his two-day official visit in Vietnam in late September 2017, he promised that the Philippine-US Amphibious Landing Exercise (Phiblex) 2016, which took place from Oct. 4 to 12, 2016, would be the last military exercise between the two allies during his six-year term. Duterte explained that while he pledged to honor the long-standing defense treaty with the US, China opposes joint military drills in the Philippines. This leaves him no choice but to serve notice to the US that this will be the last joint military exercise between the two allies.

In late September 2017, Duterte announced that he would forge “new alliances” with China and Russia to cushion the fallout from the possible withdrawal of the US from the Philippines in 2017.  He also announced that he would visit Russia and China this year to chart an independent foreign policy and “open (new) alliances” with these two regional powers that have historic rivalries with the Philippines’ only strategic ally, the US. In his most recent speeches and policy initiatives, he has signaled that he is creating a diplomatic/strategic distance between the Philippines and the US; while he is planning to pivot towards the US’ geo-strategic rivals—China and Russia. In mid-October 2017, it was announced that 250 Filipino businessmen would accompany him on his visit to China on October 20 to 21 as he puts aside years of hostility to seek a new partnership with China at a time when tension between the Philippines and its traditional ally, the US, was mounting.

Duterte recently admitted that the Philippines cannot stop China’s reported plan to construct an environmental monitoring station on the disputed Scarborough Shoal. Asked by a journalist about his view on the prospect of China building a radar station on the shoal, Duterte exposed his appeasement scheme vis-à-vis Chinese maritime expansion when he answered: “We cannot stop China from doing this thing. So what do you want me to do…declare war on China? I can, but we’ll all lose our military and policemen tomorrow.” Interestingly, Duterte even wants Chinese ships “to pass or come and dock” in the Philippines as long as “they will not do anything to the Philippine Coast Guard as it patrols the country’s maritime waters.”

In his statements, Duterte is sending several signals to China and to the country’s ally and security partners. First, he views the geo-strategic situation in South China Sea in a simplistic extreme of either going in war against China or simply giving into Beijing completely. Secondly, he is bent on appeasing China’s expansionist agenda in the Southeast Asia. Duterte’s pronouncements are actually encouraging China to build a radar station on Scarborough Shoal and to steady encroach in the Philippines’ territorial waters and Exclusive Economic Zone (EEZ). This is because he is enticed and overwhelmed by China’s offer of nearly US$10-billion investment package. As one American naval analyst accurately observes: “the People’s Republic of China (PRC) has offered Duterte significant economic development and loans, all of which were aimed at dissuading him from aggressively pursuing The Hague (favorable) ruling (to the Philippines) and improving relations with the US.”

As a reward for Duterte’s appeasement policy, China signed a six-year economic cooperation agreement with the Philippines. The agreement commits China to finance 15 big-ticket infrastructure projects such as the US$53.6 million Chico River Pump Irrigation, the US$374 million New Centennial Water Source-Kaliwa Dam and the South Line of the North-South Railway. China has all the reasons to be elated by Duterte. First, he made sure that China can effectively apply Sun Tzu’s stratagem of preventing America’s East Asian allies in opposing its expansionist agenda in Southeast Asia. And second, he is willing to assist China in realizing its long-term goal of maritime expansion in the South China Sea not through war but “by breaking the enemy’s resistance without fighting.”

Renato Cruz De Castro, Ph.D. is a trustee and program convenor for foreign policy and regional security at the Stratbase Albert Del Rosario Institute (ADRi) and a professor at the De La Salle University.