A lawmaker from Mindanao said the statement of presidential aspirant Manuel “Mar” Roxas II describing Muslims as invaders is a “grave insult” to the Muslims of Mindanao.

Bayan Muna Representative Carlos Isagani Zarate said “calling the Muslims of Mindanao with the highly derogatory term “mananakop” ­did not only show the chauvinist attitude of Mar Roxas, but,  it also betrayed his revisionist,  even gravely specious,  view of the long-wrought struggle of the Bangsamoro for self-determination.”

“Mar is a phony, pitiful student of  Mindanao’s history and the valiant struggle of the Bangsamoro people,” said Zarate.

During the second PiliPinas presidential debate held in Cebu City on Sunday, March 20, Roxas was questioned by presidential rival, Senator Grace Poe about his stint as Department of Interior and Local Government (DILG) secretary when typhoon Yolanda struck the Visayas and the Zamboanga siege happened. Poe said that there were “lacking” actions in Roxas’ service as cabinet member, prompting President Benigno Aquino III not to entrust him the Mamasapano operations.

Roxas answered by narrating what happened. At one point, he described the faction of the Moro National Liberation Front as “mga Muslim na mananakop”.

In an interview with the media on Monday, March 21, Roxas said that he was only stating “a fact” and that there was no malice in his statement.

“Maybe you should ask those who give malice, or spin. What I get is a backlash. Isn’t it that the MNLF or its branch? And the MNLf itself said that they were not part of it. So who are these people? I didn’t mean to insult Muslim and the religion of Islam. I am just saying that it’s a fact,” he said  in Filipino.

Roxas also said that he stayed in Zamboanga for three weeks together with Secretary Voltaire Gazmin of the Department of National Defense to ensure that there will be minimal civilian casualties.

He believes the government’s operation was successful.

However, Zarate said contrary to Roxas’ claim “the Zamboanga siege was no precision military operation.”

“Human rights groups have raised alarm over the human rights violations committed against the residents of Zamboanga City during the Zamboanga siege that Mar Roxas flaunted as a success,” he said. 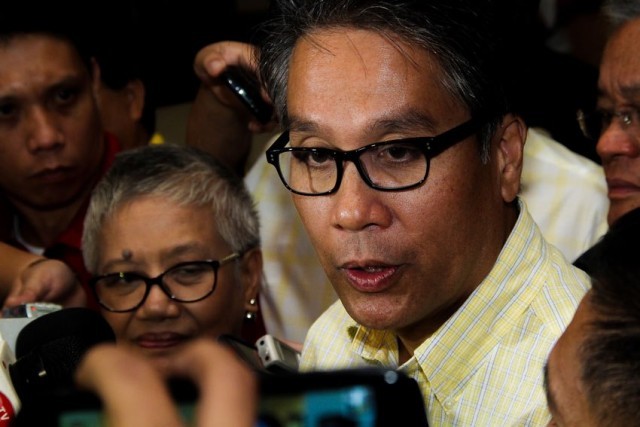